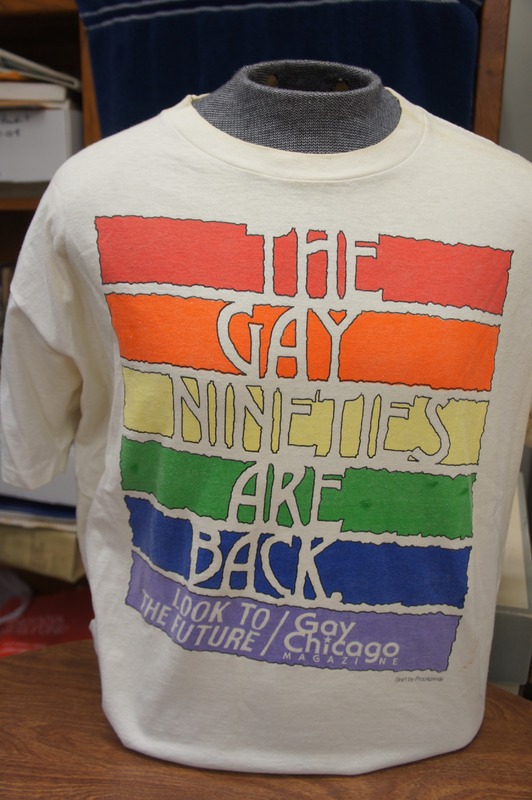 The Gay Nineties Are Back

By June 25, 1990, t-shirts like this were already proclaiming the 1990s “The Gay Nineties”, a humorous play on the nostalgic reference to the 1890s as a culturally and politically turbulent decade.  However, according to social historians Brian Greenberg and Linda Watts, the “gay nineties” were more than a joke.  “Beginning the decade in the midst of the AIDS crisis and mass movement activism, gays and lesbians successfully established the idea that the movement was the next frontier of America’s historical civil rights tradition, and that legal discrimination had to go. By the middle of the 1990s, the movement had redefined the goals of gays and lesbians, pushing beyond an antidiscrimination agenda to insist on full inclusion in American society. On balance, in the 1990s the movement advances more than it was held back by hostile reaction."1

Even seemingly antigay legislation passed by Congress in the 1990s seemed like a victory for the community.  Don’t Ask Don’t Tell’s implementation by President Clinton in 1993 allowed LGBT Americans to serve in the armed forces for the first time, though not openly. Still, the Washington Post labeled Clinton as “the first president to publicly acknowledge gay Americans as a constituent group.2” President Barack Obama signed the controversial policy’s repeal into law on December 10, 2010.

The image on the right is of a 1990s gay rights rally at the University of Wisconsin. Note the 90s neck wallet fashion.3