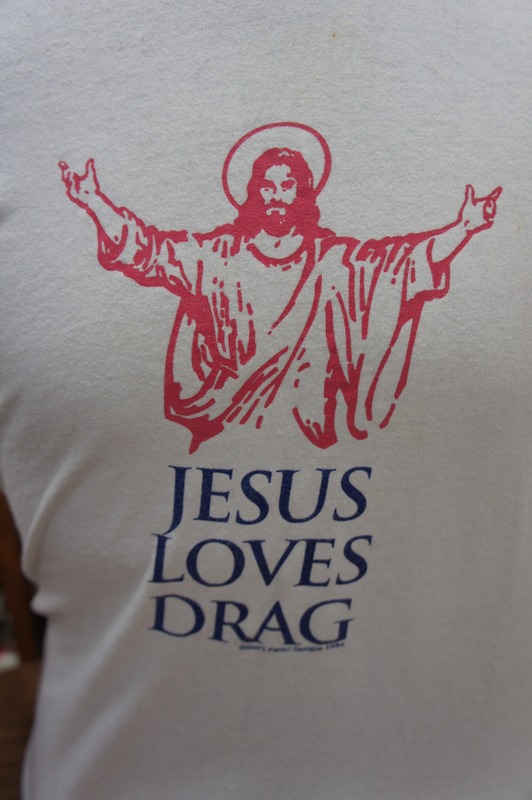 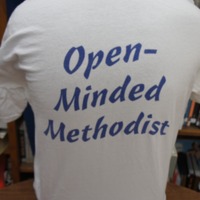 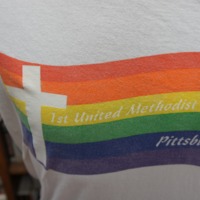 Christian denominations differ greatly in their views of homosexuality. This 1994 t-shirt contends that drag, or the wearing of clothes not typically assigned to one’s gender, is loved by Jesus. In November 1994, Professor of Medieval History at Yale University John Boswell published an article and eventual book that claimed same-sex unions were ancient in origin and often blessed by the Roman Catholic Church.1 He was quickly denounced by the Church. Other Christian denominations took a more embrasive attitude toward the LGBT community, evidenced by the mixing of Christian and LGBT symbols.

Drag culture became more mainstream in the mid-1990s with depictions of the drag community featured prominently in films like The Adventures of Priscilla, Queen of the Desert (1994) and To Wong Foo Thanks for Everything, Julie Newmar (1995). 2 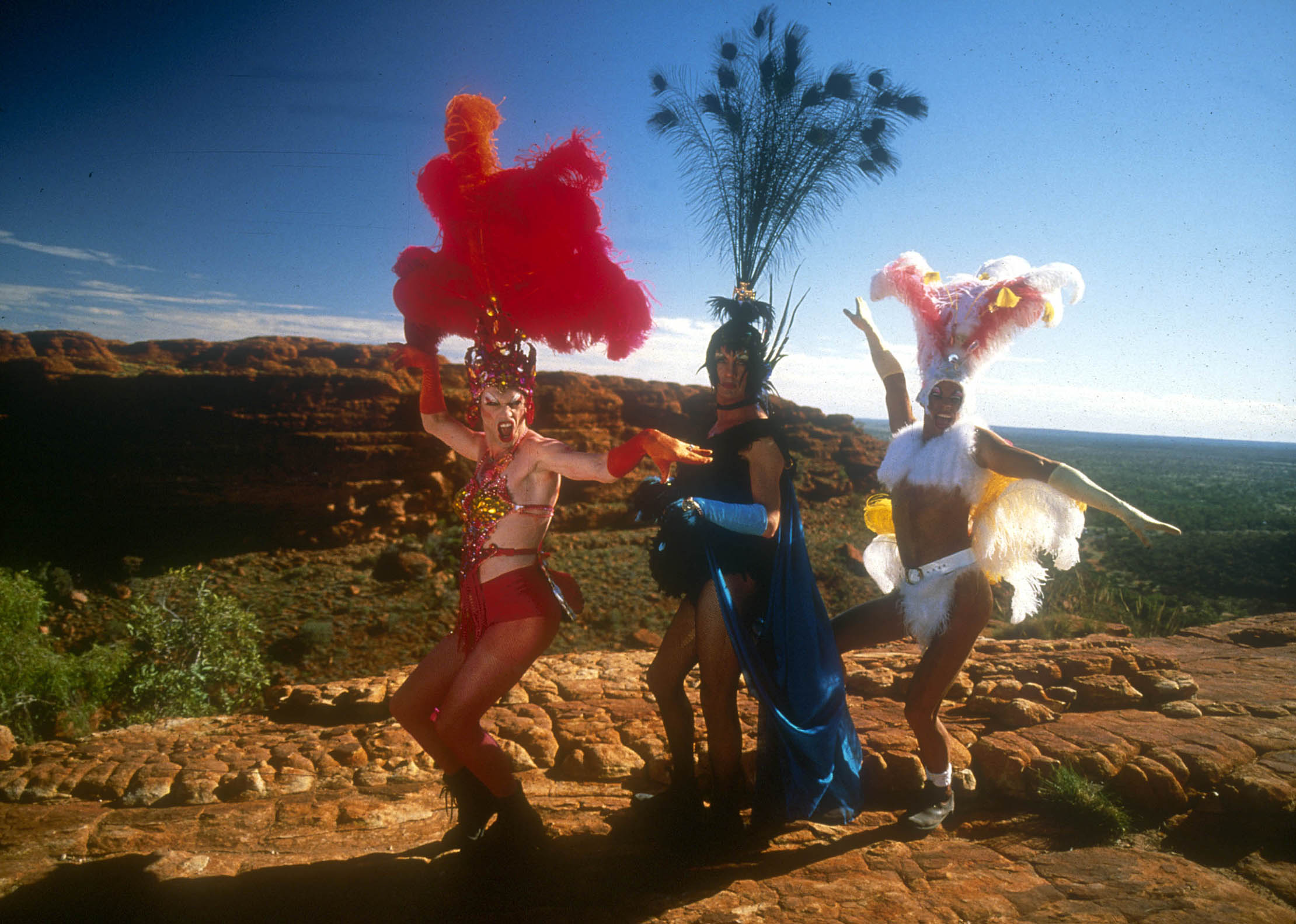 The Adventures of Priscilla, Queen of the Desert

2. Film image is copyrighted by respective production studio and/or distributor. Intended for educational use only.↩