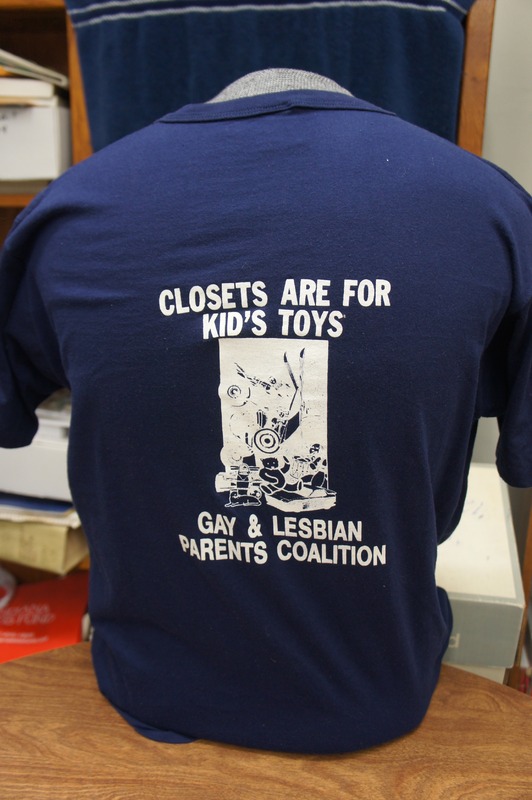 "Closets are for Kid's Toys" 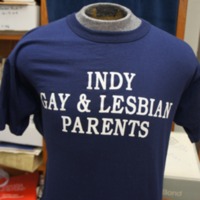 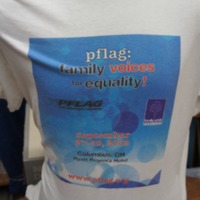 Decades before ABC featured two gay male parents as a main story line on their hit comedy television show Modern Family, gays and lesbians began starting families despite a lack of legal and societal recognition.  By the late 1970s, gay fathers organized on behalf of their interests in Los Angeles. In 1985, the Gay Fathers Coalition International decided to unite with their lesbian counterpart to form the Gay and Lesbian Parents Coalition International (GLPCI), a national grassroots organization dedicated to issues involving gay and lesbian families.1

In another indication of the dynamism of the 1990s, the early part of the decade ushered in a “Gay Baby Boom.” Indianapolis hosted the 1992 GLPCI national convention, which they dubbed a “family reunion.” Once isolated to lesbian mothers who embraced surrogacy and artificial insemination, the baby boom coincided with a growing acceptance of gay and lesbians, especially in regards to the movement’s shift to a  more accommodationist message of family values and long term relationships.  ``You go to any party and see pregnant lesbians,`` said Deb Price, a Detroit News columnist who wrote on gay issues. ``More gay and lesbian couples are finding that they can live a traditional life in the suburbs and not be bothered. This is a natural result of the gay rights movement, and it is to be expected that such people will think of having children.``2

In this shirt, the Indianapolis branch of the GLPCI joked that the closet, a common metaphor for the hiding of one’s sexual orientation, was where kids’ toys belonged, rather than their identities. It exemplifies the coalition’s push to seek equal recognition and protection of their relationships despite legal obstacles and conservative and religious opposition to GLBT issues.