I Was There: Coming Out with Ellen 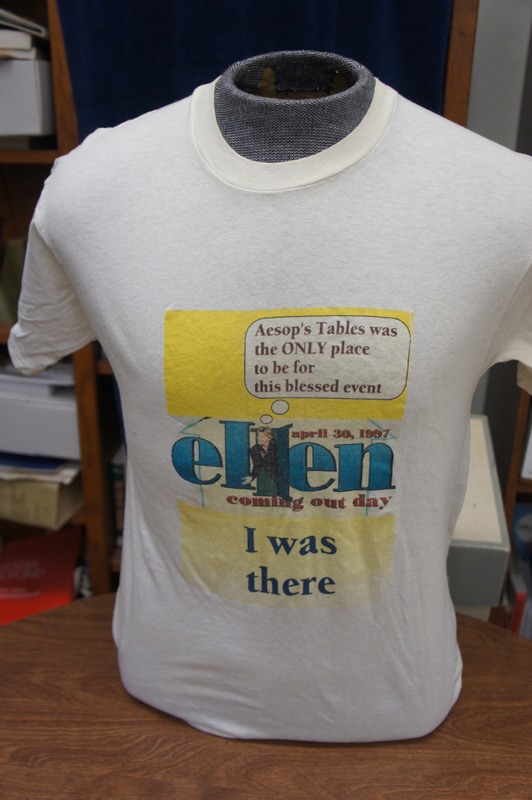 Before the regularity of gay characters on television in the late 2000s (like Glee and Modern Family), television studios were reluctant to tackle LGBT issues during their programing, deeming the material too controversial for the American public. Though gay and lesbians had been depicted on television screens as early as the 1950s, their roles were restricted to unflattering newscasts that painted them as sexual deviants or as minor, often maligned supporting characters in sitcoms.  A watershed moment came in 1997 with the airing of “the Puppy Episode” on the comedy show “Ellen.”1

News leaked that Ellen DeGeneres, star of “Ellen” planned on coming out of the closet as a lesbian at the same time as her character on the show. Reaction to the possible groundbreaking, primetime coming out of a major comedy star did not sit well with everyone. Indianapolis Star tv columnist Steve Hall suggested that Ellen’s character on the show stay in the closet. Hall was concerned a show with a main character who is lesbian might focus too much on homosexual sex. Was Ellen, for example, going to “sit around and endlessly talk about her sexual practices - who and what she did last night? I'm not comfortable with the sexual innuendo on the air now between 8 p.m. and 9 p.m.; would Ellen (8 p.m. Wednesdays) increase that amount?”  Furthermore, Ellen’s coming out was unnecessary, according to Hall, because of the prevalence of gay storylines on other shows. “You can't really make the argument that Ellen would be performing a public service for sexually confused young Americans by giving them a role model.” 2

Still, the show aired  on April 30, 1997 and was watched by over 30 million Americans. Companies like Chrysler and J.C. Penny pulled their advertisements due to backlash from conservative groups. Ellen DeGeneres even received a death threat. Still, the episode was hailed as a landmark cultural moment for LGBT representation in the media. The importance of the event is highlighted in this shirt, suggesting that Aesop’s Table, a popular Indianapolis eatery and member of the Indianapolis Rainbow Chamber of Commerce, was the site of a viewing party for "the Puppy Episode" airing. The shirt is evidence of the power of television as a producer of simultaneous culture and the magnitude to which Indy’s LGBT citizens saw the event, important enough to get off the comfy couches in their living rooms and witness the event with other members of their community at a local, gay-owned establishment.3

1. "Before the “Puppy”: Early Landmarks in Gay TV," The Backlot: The Corner of Hollywood and Gay on LOGO Online, www.thebacklot.com/before-the-puppy-early-landmarks-in-gay-tv/06/2012/↩