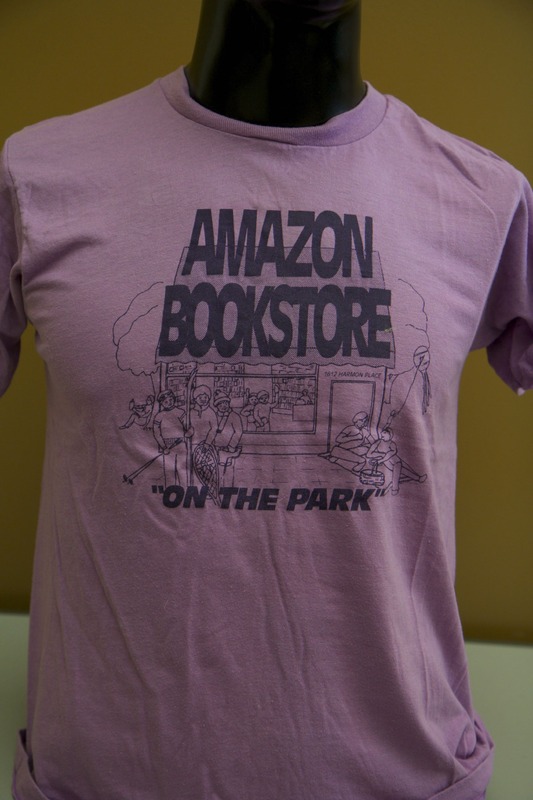 Following Amazon, independent feminist bookstores proliferated throughout the country. They served not only as sights for picking up the latest bestselling novel, but also as community centers for women and feminist activists. These women spaces hosted community events like drum circles, support groups, and art shows, and empowered visitors seeking a brief escape from the patriarchal society that existed outside the walls of the store. Unlike other feminist bookstores, Amazon stocked books authored exclusively by women for most of its years of operation. Throughout the years, Amazon Bookstore hosted famous leaders including Annie Leiboqitz, Rita Mae Brown, Barbara Brier, Audre Lorde, Gloria Steinem, and Allison Bechdel. Amazon’s logo proudly hung outside the store— a double-headed ax, a familiar and brazen symbol of female power in the 1970s.1

Evolving societal ideas about sexual orientation, gender identity, and feminism over the course of Amazon’s four decades of existence influenced how it responded to the community. Upon taking ownership of the bookstore in 2008, for example, Ruta Skujins sought to make the store more trans inclusive and provided more books not just about feminism and legal equality but also works on media representation and consumerism. 2 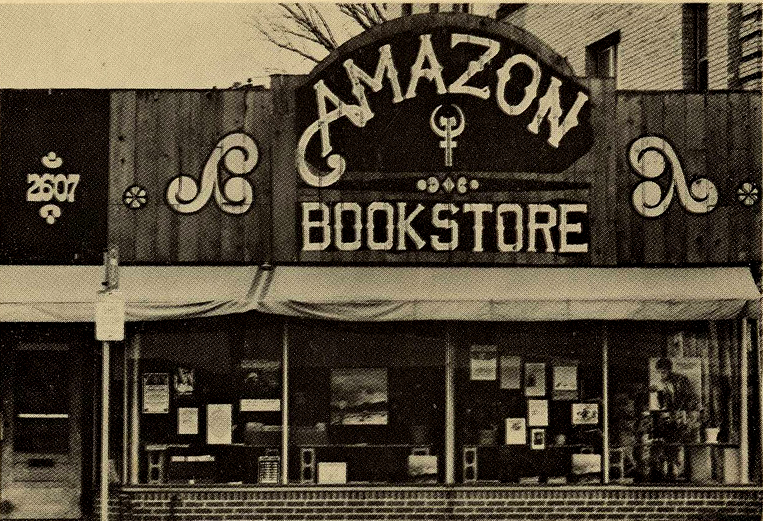 In 1999, Amazon Bookstore sued online bookselling giant Amazon.com for trademark violations. Eventually settled later that year, the incident symbolized the uncertain future of so many independent feminist bookstores. Due to financial difficulties, Skujins closed the bookstore (then True Colors Bookstore) in 2012.

2. An Interview with Ruita Skujins of True Colors Bookstore, April 2009↩