In the early 1990s, with LGBT pride becoming increasingly more mainstream, the LGBT community organized more public community events aimed at increasing public visibility of the community and to display the diversity of gays, lesbians, bisexuals and transgender citizens. 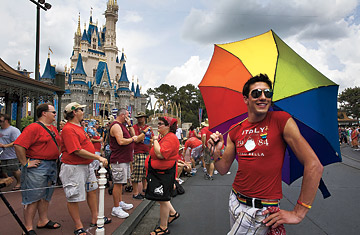 In 1991, 3,000 gay and lesbian central Floridians gathered inside Disney’s Magic Kingdom in Orlando. According to organizer Chris Alexander-Manley, the media tended to show "the drag queens and the extremes, the leather people," he says. "But that's only a small part of the overall community." To some like Alexander-Manley, Gay Days at the Magic Kingdom was a way to emphasize that many in the LGBT community just wanted to ride a roller coaster with their partner like any other couple. As a sign of unity and recongition, attendees were encouraged to wear red shirts to the park on Gay Days.1

Although not officially sponsored by Disney, Gay Days remains controversial. The annual commemoration initiated an 8 year boycott of Disney parks by the Southern Baptist Convention.2 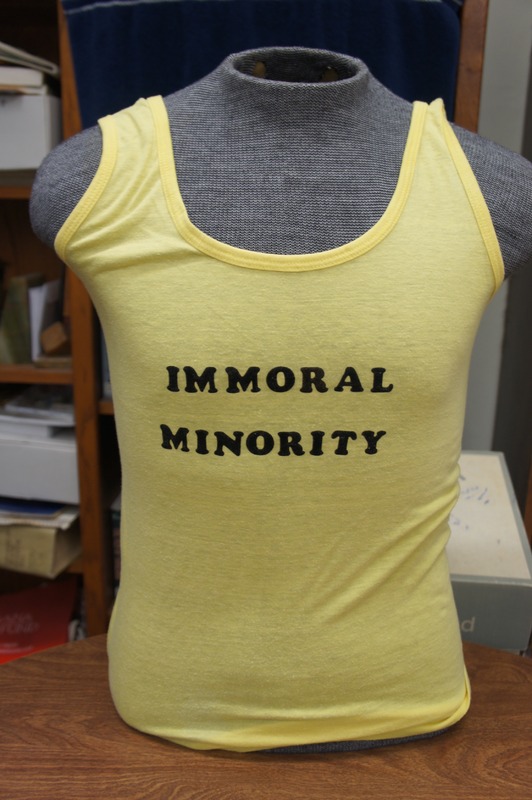 Similar “Pride Nights” are held at Kings Island amusement park in Cincinnati, Ohio.  Although no official color or shirt is designated for Pride Night, individual attendees have made personal statements of expression by creating homemade attire. This Hoosier-made t shirt from a 1990s Pride Night displays the words “Immoral Minority”, alluding to evangelical pastor Jerry Falwell’s political organization The Moral Majority.  In 1981, The Moral Majority pressured Congress to propose the Family Protection Act, which would have barred giving federal funds to "any organization that suggests that homosexuality can be an acceptable alternative lifestyle."3 Despite President Reagan's endorsement, the bill was defeated. 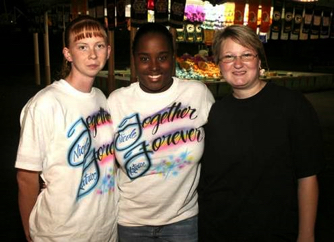 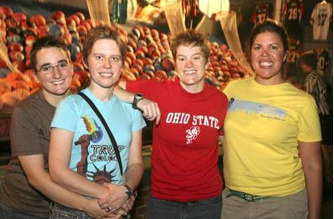