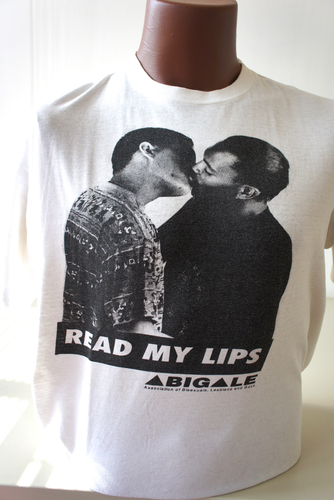 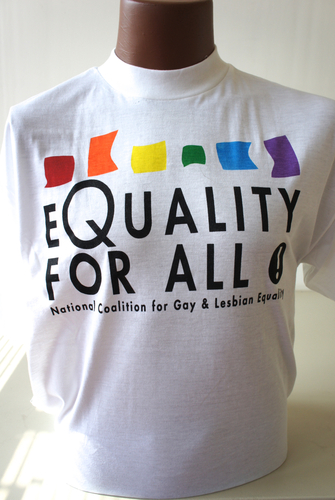 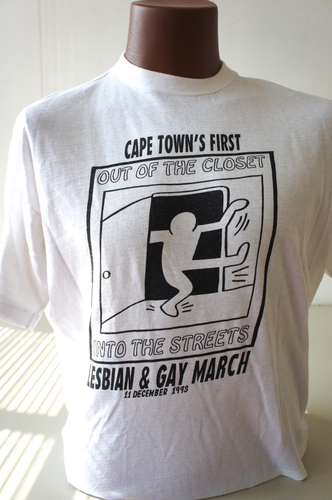 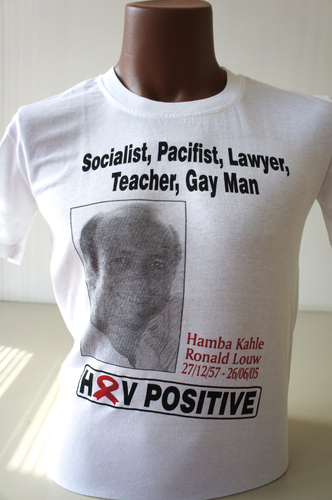 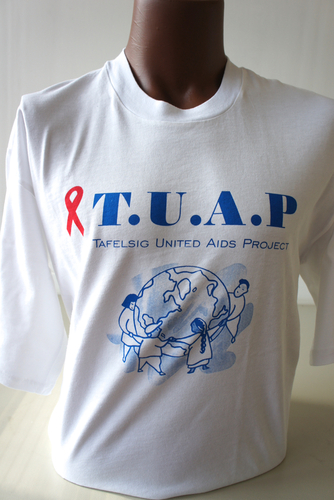 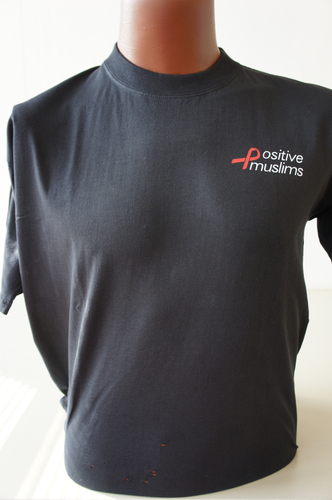 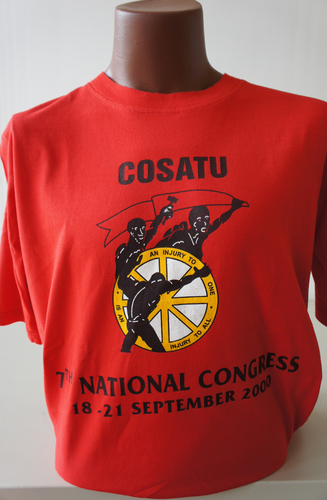 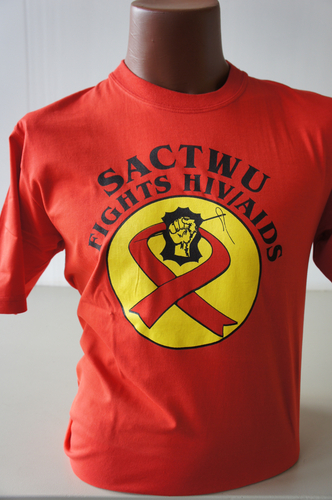 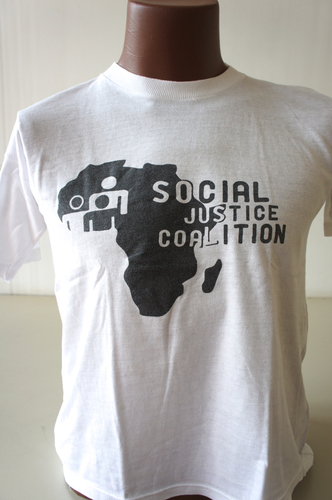 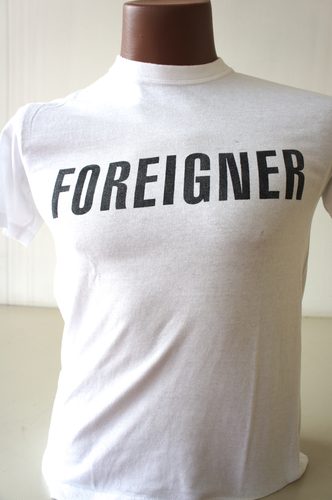 Stand Together Against Xenophobia

White t-shirt.
Size: small.
Front: "Foreigner"
Back: "Stand together against Xenophobia"
Outline of Africa against a circular sun (back)
Collection
Gay and Lesbian Memory in Action (GALA) -- Johannesburg, South Africa 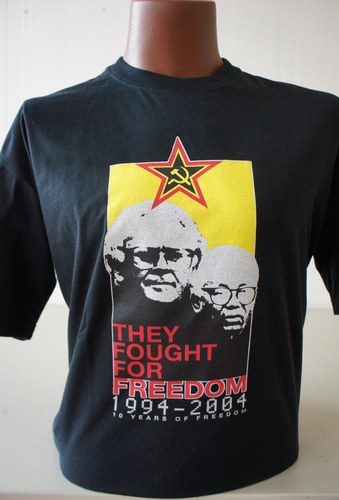 They Fought for Freedom 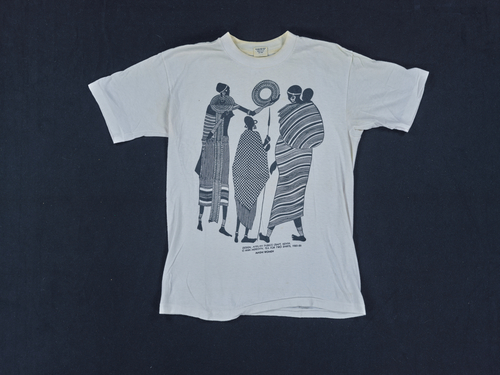 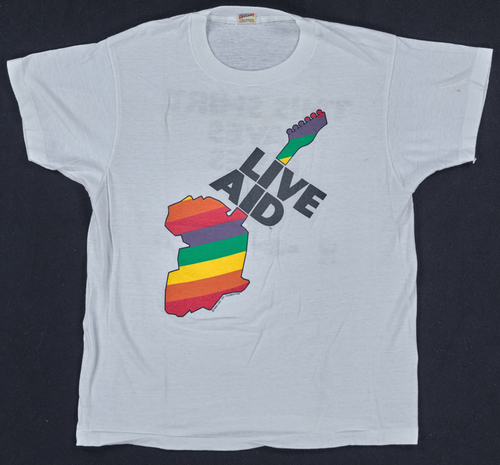 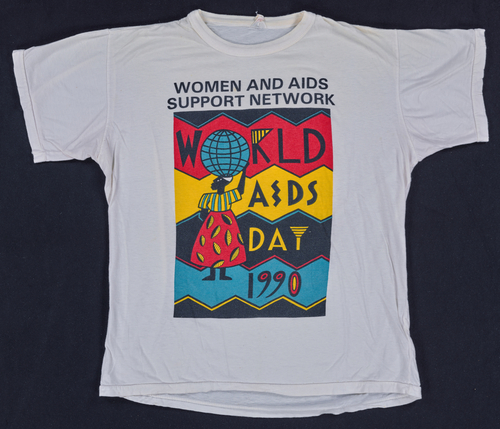 Women helping women to protect themselves from HIV/AIDS and domestic violence in Zimbabwe and to enjoy their full sexual and reproductive health rights.
Collection
University of Southern Maine Special Collections--Portland, Maine 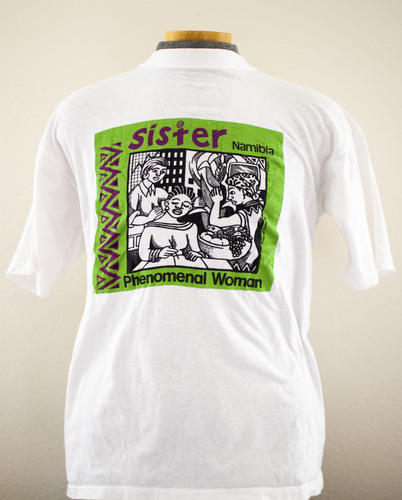 White t-shirt.
"Sister Namibia Phenomenal Woman"
Sister Namibia is a feminist and women’s rights organisation located in Windhoek, Namibia. Since our establishment in 1989 we have been a constant voice for women and women’s equality throughout the lifespan of independent Namibia.
Collection
OutRight Action International Alumni LGBT Activist Collection 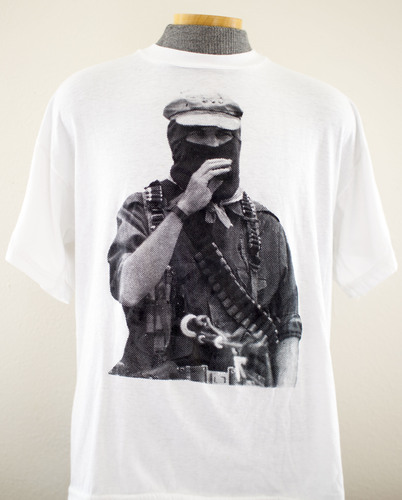 in an attempt to discredit one of the Zapatista leaders in southern Mexico, Sub-comandante Marcos, government officials there tried to put forth the idea that Marcos was gay. In a region where machismo still runs strong, it was hoped this would tarnish the leader's credibility.

He responded by writing a poem:
"Yes, Marcos is gay. Marcos is gay in San Francisco Black in South Africa an Asian in Europe, a Chicano in San Ysidro, an anarchist in Spain, a Palestinian in Israel, a Mayan Indian in the streets of San Cristobal, a Jew in Germany, a Gypsy in Poland, a Mohawk in Quebec, a pacifist in Bosnia, a single woman on the Metro at 10pm a peasant without land, a gang member in the slums, an unemployed worker, an unhappy student and, of course, a Zapatista in the mountains."
Collection
OutRight Action International Alumni LGBT Activist Collection 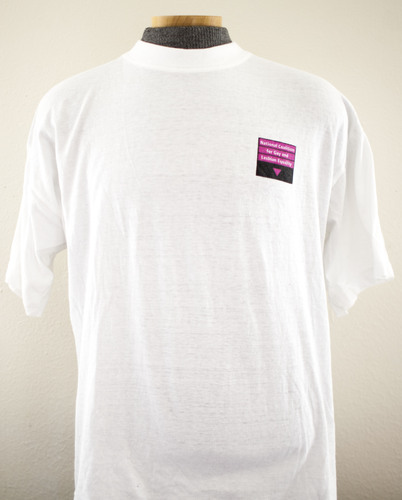 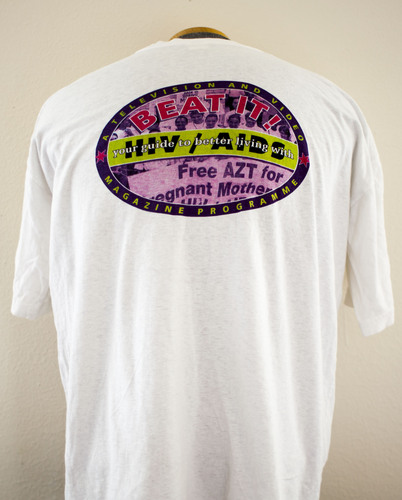 Beat It! Better Living with HIV/AIDS

White t-shirt.
"Beat It! Your Guide to Better Living with HIV/AIDS. A Television and Video Magazine Programme" 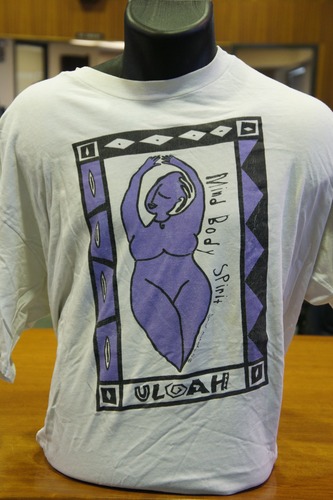 White t-shirt.
Front: Image of purple woman. "ULGAH" with map of Africa in letter "A."
Origin unknown. Please contact Wearing Gay History with any information regarding this shirt.
Collection
In the Life Archive at Schomburg Center--Harlem, New York.