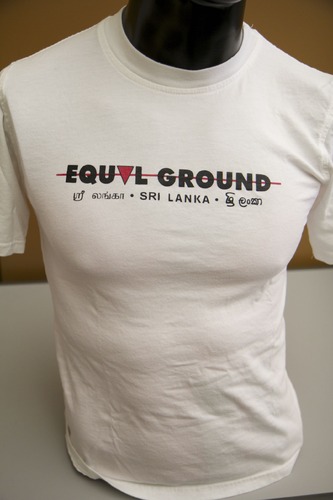 White shirt.
Text: "Equal Ground" with a pink line through it and a pink triangle in palce of the "a" along with text written in either Sinhala and/or Tamil and the English text "Sri Lanka" 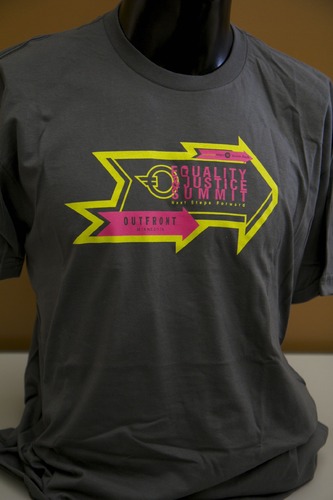 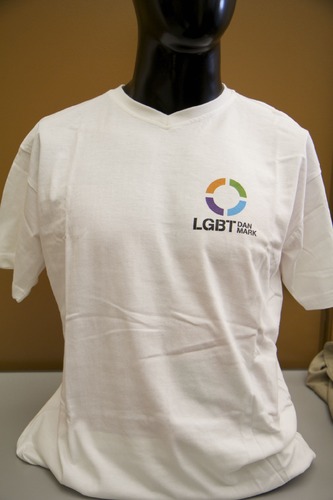 White shirt.
"LGBT DAN MARK" with circle logo upper right.
LGBT Denmark has been a lobby for gays and lesbians, but since 2002 bisexuals and since 2008 transpersons have also been officially included. 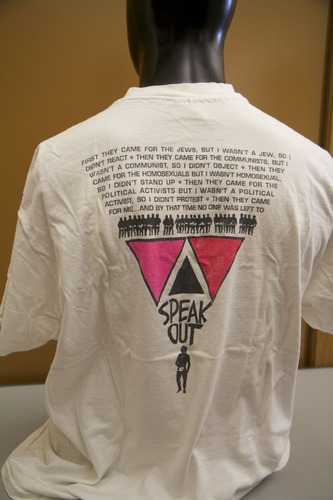 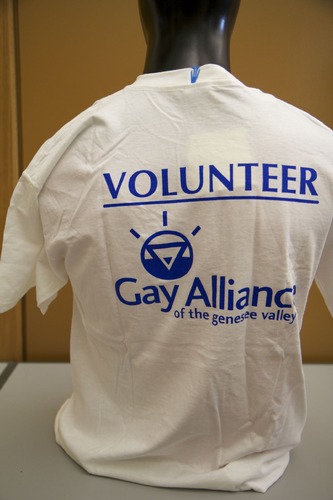 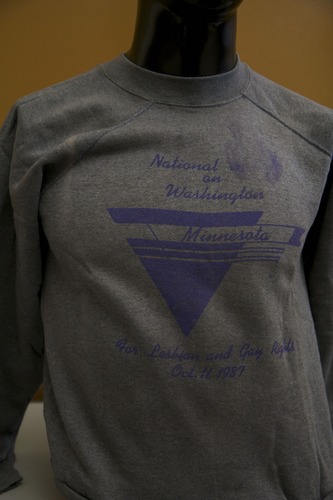 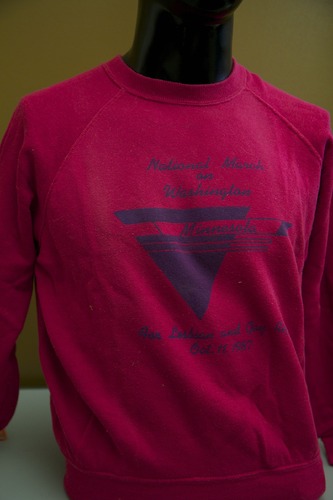 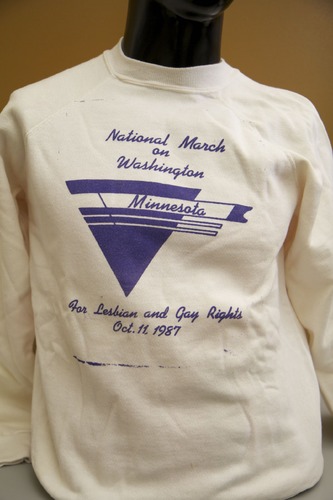 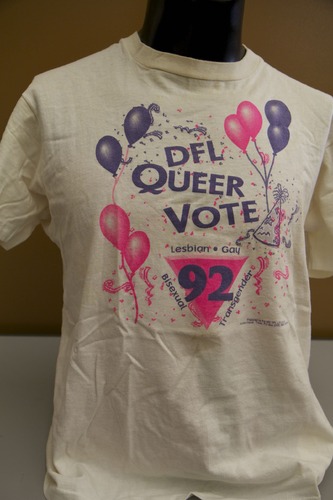 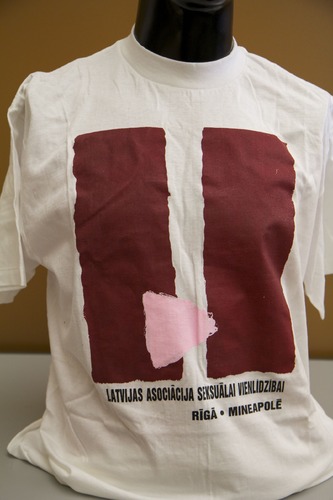 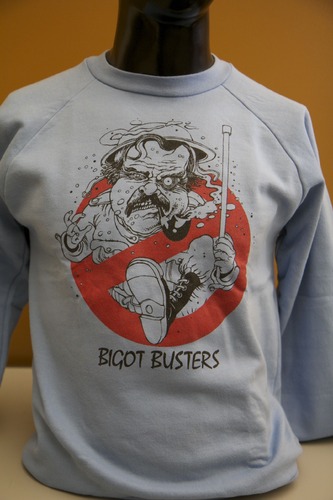 Blue sweatshirt.
Wild-eyed cartoon of Norman Jones inside of a "NO" symbol "BIGOT BUSTERS" from New Zealand. 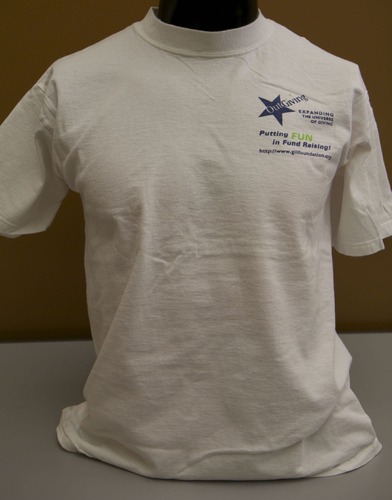