White t-shirt.
Front: "Girl with Arms Akimbo"
Back: “1: with hands on hips and elbows turned outwards, as in a stance of defiance. 2: set in a bent position. 3: held at an odd angle. 4: having to do with cultural activism or visual intervention in an urban setting (e.g., Girl with Arms’ Boy with Arms).”

Boy With Arms Akimbo/Girl With Arms Akimbo was an anonymous cultural activist collective based in San Francisco. Active from 1989 to 1992, the group carried out street postering campaigns, media appropriation initiatives and other forms of visual intervention to promote queer pro-sex messages in response to AIDS and to attacks by anti-sex reactionaries.

Reproduction and use of this material may require permission from the copyright holder. Please contact the GLBT Historical Society or Wearing Gay History for more information. 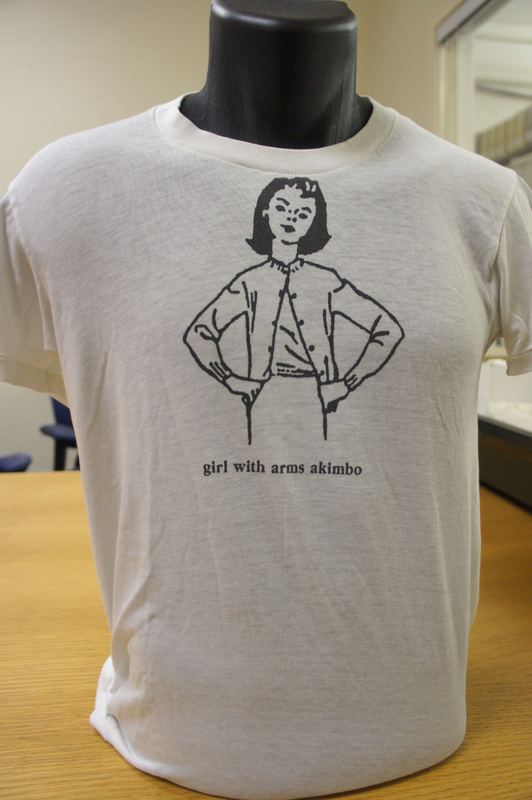 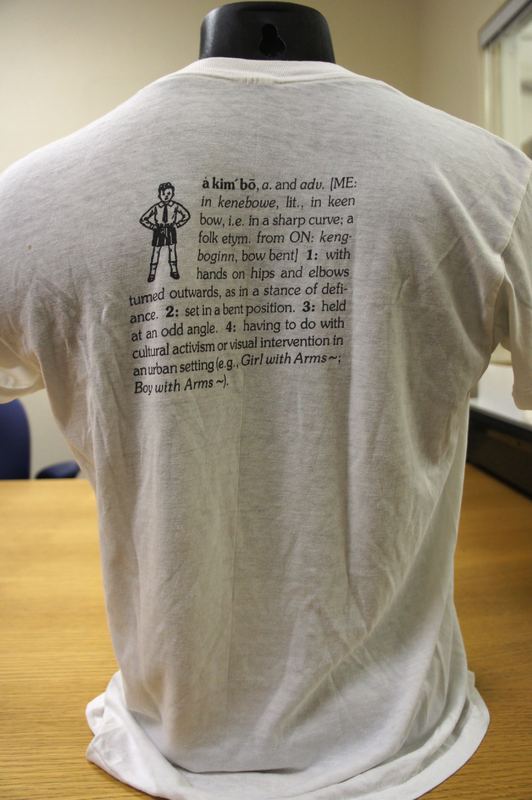 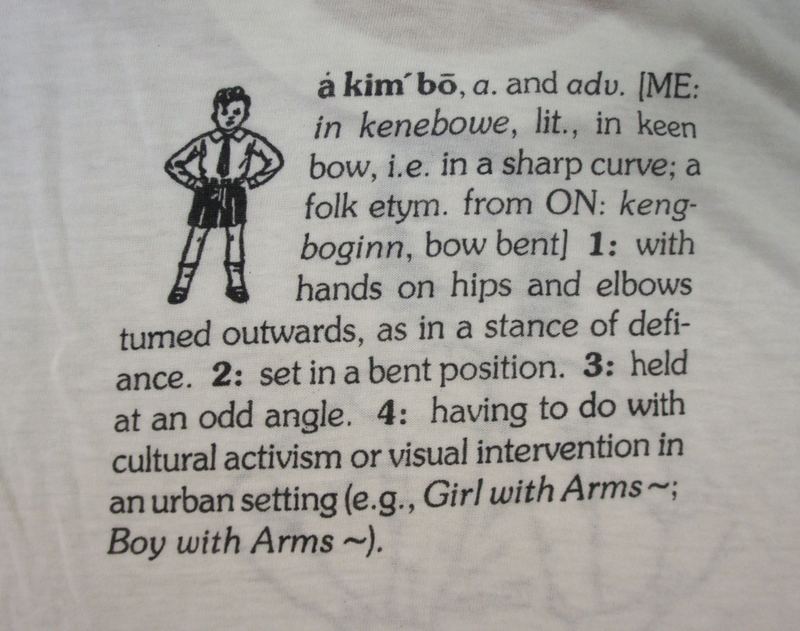 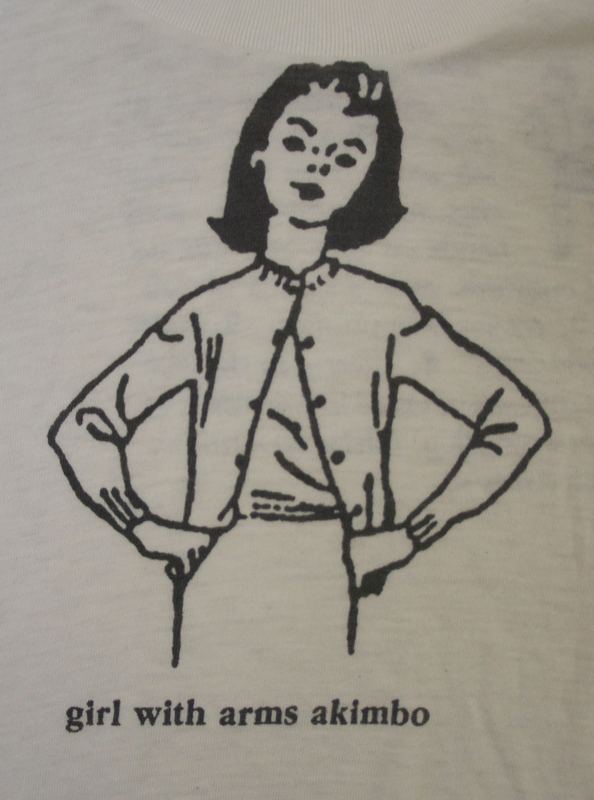