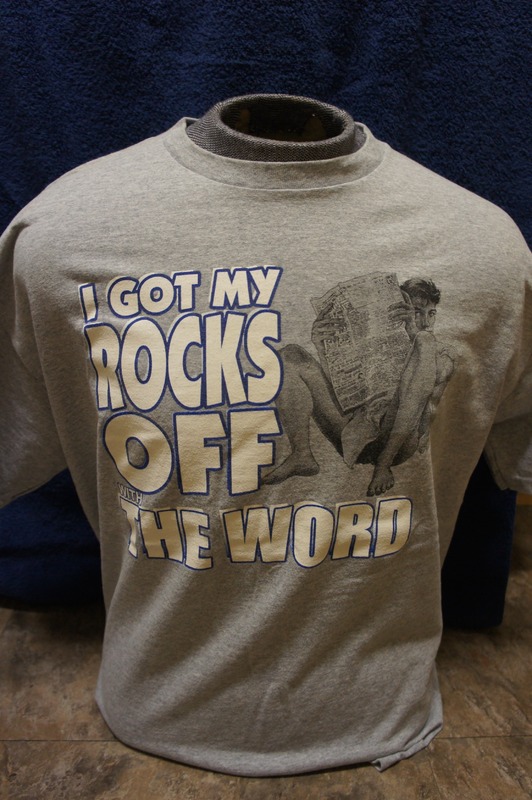 Despite eliminating ads for phone sex lines, The Word’s explicit sexual nature can be seen even in their t-shirts 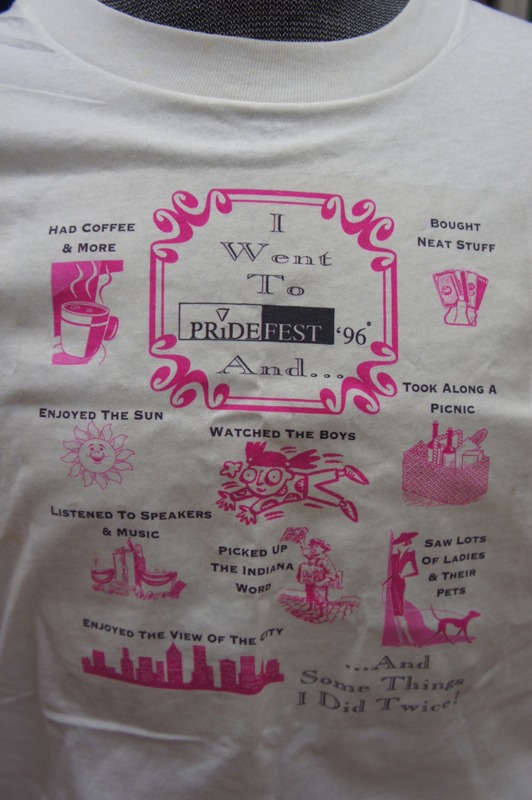 By 1996, the Word became one of the most recognized gay publications in the city and a major sponsor of the city’s Pride Fests. Picking up a copy of "the Word" was a "must do" during Pride Fest '96

Television, bars, and community events weren’t the only ways Indy’s LGBT community connected. Newspapers and newsletters for the LGBT community highlighted local and national news for the better part of a century. One Indianapolis paper, the Word, eventually reached most major cities in the Midwest. The Word’s overtly sexual advertisements and subject material often irked conservative members of the community who tried to shed the hyper-sexualized stigma from their ranks.

The Word proved a success, somewhat of a rarity for gay papers. Ted Fleischaker, founder of the paper that in 1992 printed more than 10,000 copies a month in Jeffersonville, Indiana explained that his profits were owed to his less generous free advertising space than most gay papers offered at the time. He adapted his publication to include advertisements from non-gay businesses and forbade advertisements from 900-number phone sex lines in an effort to get the paper distributed at public places like libraries and drug stores. Despite his willingness to support the gay community, as gay bars and other groups did, Fleischaker’s militant businessman approach ensured that the paper would balance promotion of the community with economic survival. "You have to give back to the community.” Fleischaker explained, “ But if you give your life and your body and your soul, to the point that you can't even break even, much less turn a profit, then you're not doing anybody any good.”

Fleischaker, the sole writer of the Word, often used the newspaper to express his frustrations with both the straight and gay community. His 1992 December editorial included a wish list to Santa Claus. He asked Santa to make anti-gay politicians spend a week being a gay person. " As Fleischaker wrote, “Santa, maybe this will make them understand what it's like to be in our shoes." He also laments businesses owned by gays but who se “owners never want anyone to know they are a couple. Santa, help them understand that they need to support the community, or at least not work against it or they might find people not being friendly to them. “ 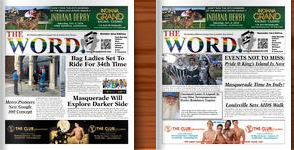 Not all in the community fully supported The Word. The newspaper’s intense focus on the gay male community in Indianapolis angered lesbian women. “More than once I've been offended by some of their guest columnists," explained Karen Dudley, owner of a feminist family bookstore named Dreams & Swords.  Though she expressed supported for the Word as a gay business, she explained that lesbians largely refrained from reading the publication because “they don't like to see half-nude pictures of men.” 1