Amazon Bookstore opened after the Stonewall Riots, largely seen as a turning point in gay and lesbian activism. However, even with this newfound subcultural consciousness among many members of queer communities, transgender people often faced discrimination not only from the wider heterosexual world but also from supposed queer allies. Transgender people often faced hostility in spaces that otherwise wholeheartedly embraced gays and lesbians. For example, in 1984 the Coffeehouse Collective, a non-alcoholic social center for lesbian women, passed a resolution banning transgender members.  According to a notice posted on the Coffeehouse Collective’s wall just after the passage of the ban “Transsexuals are not welcome a the Coffeehouse and will be asked to leave by a Collective Member.”

Despite these rifts, not all gays and lesbians supported the Coffeehouse Collective ban. As the notice later described “Note: Not all members are willing to enforce this policy and are not required to do so.”1

In 1993, Minnesota’s state legislature amended their human rights act to include protections based on sexual orientation, a definition that explicitly protected transgender people. With this act, Minnesota became the first state in the country to pass an inclusive transgender non discrimination policy.2 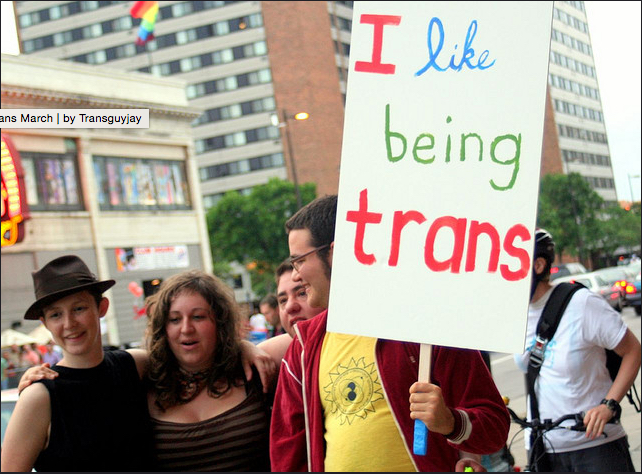