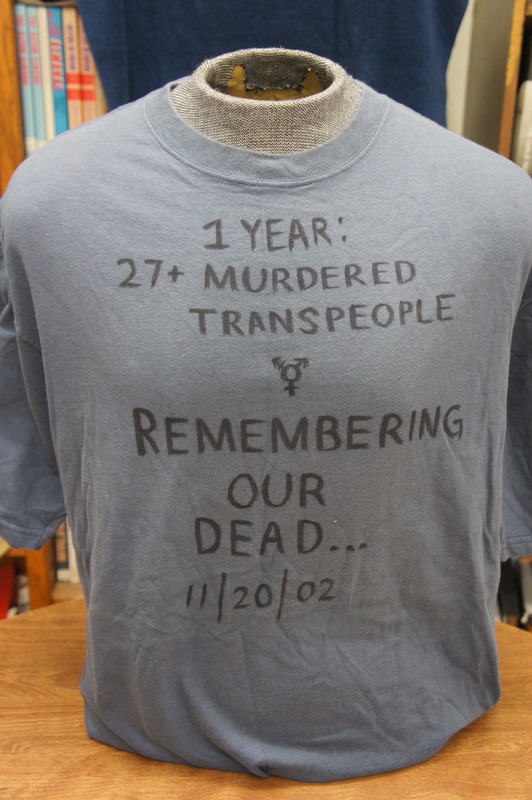 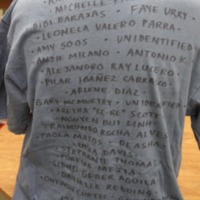 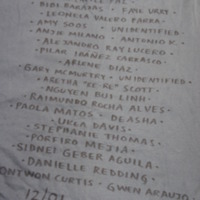 Despite the excitement of the increase LGBT visibility of the 1990s, transgender Americans often faced deadly discrimination. In 2003, transgender-targeted violence became headline news in Indiana with the deaths of 17-year-old Nireah Johnson and Brandie Coleman, 18 in Indianapolis.  Nireah’s boyfriend, Paul Moore, murdered Nireah after discovering that she was a biological male. Both Nireah and Brandie were found shot in the head while sitting in an SUV, which was then set on fire. Both bodies was burned beyond recognition. Johnson was setenced to 120 years in prison. There days earlier, Indianapolis drag performer Kelvin “Kiki” May experienced a severe head injury after he was beaten outside his apartment.

In response to transgender-based violence like this, the Transgender Day of Remembrance has been held annually in cities across the world. These vigils memorialize those who have been killed as a result of transphobia, or the hatred or fear of transgender and gender non-conforming people, and acts to bring attention to the continued violence endured by the transgender community.  This t-shirt, made by an unknown Hoosier, honors the over 27 transgender-related deaths between 2001-2002.

“It takes a lot of courage to come out as a transgender person or to live as a visibily gender-different person,” Bryan Sirtosky of the Indiana Transgender Rights Advocacy Alliance remarked at the 2003 Indianapolis vigil. “You risk your personal safety, rejection by family remembers and cold stares from strangers—or worse—on a daily basis.” 1

More than just names on a t-shirt

Below are summaries of some of the victims listed on the shirt. The summaries and photographs are taken directly from the "Remembering Our Dead" project.

Location: Jacksonville, Florida
Date of Death: December 12, 2001
Terrianne Summers was a transgender activist in the Jacksonville area, who had been very involved in efforts against discrimination at the Winn-Dixie food chain. She was shot to death on her own front yard days after participating in the 2001 Transgender Day of Remembrance in Florida.

Location: Phoenix, Arizona
Date of Death: February 16, 2002
Amy Soos lived all her life on the Salt River Pima Indian Reservation in Arizona, but often went into Phoenix in the evenings. After not returning home one such night, her body was discovered in a roadway. She died of multiple blunt force trauma. She had been beaten many other times before her death.

Location: Newark, California
Date of Death: October 3, 2002
Araujo had been dressing as a woman since she was 14 years old, and was murdered at the age of 17. During a house party, she was revealed to have been more a male. After this revelation, at least three individuals — Michael Magidson, Jose Antonio Merel, and Jason Cazares — allegedly beat her, dragged her into a garage, and strangled her, before disposing of her body in a remote location 150 miles away. All three of the above suspects are in custody awaiting trial on murder charges with a hate crime enhancement. A fourth suspect, Jaron Chase Nabors, pled out in exchange for testimony, receiving a 10-year prison sentence.

Location: Jacksonville, Florida
Date of Death: August 8, 2002
Deasha Andrews was discovered in her car, after having been shot several times.

Location: Brooklyn, New York
Date of Death: July 22, 2002
Paola Matos had recently moved to New York after a series of transsexual-related surgeries done abroad. She was discovered in her home by her live-in boyfriend with a white cord wrapped around her throat. Police have ruled her death a homicide, and are seeking a suspect, Fernando Batista.

Location: Washington, DC
Date of Death: August 12, 2002
Stephanie and Ukea were friends living in Washington, D.C., and had begun living in their preferred gender roles. Both were shot multiple times in a car they often shared. They were half a block away from home.