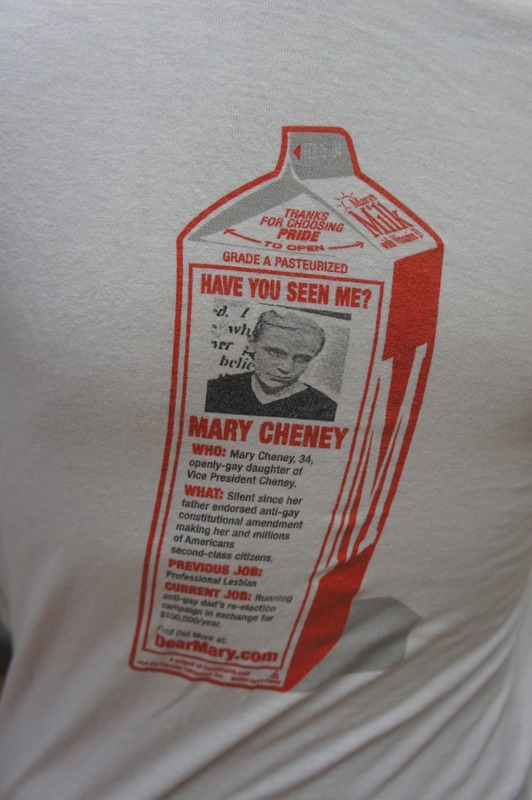 The 2004 presidential campaign was contentious, fought between wartime President George W. Bush and Massachusetts Senator John Kerry. Mary Cheney, second daughter of then-Vice President Dick Cheney and once marketing director at Coors (see advocacy exhibit), was appointed Director of Vice Presidential Operations for the Bush-Cheney 2004 Presidential re-election campaign in July 2003. Because of her father’s support for the Bush Administration’s Federal Marriage Amendment which would have outlawed all same-sex marriages, Mary Cheney faced organized backlash, including from groups like the Equality Campaign and Dear Mary.com. LGBT activists felt betrayed by the support of her father, of whose views, according to this t-shirt, would make “millions of Americans second-class citizens.”

Gay marriage became a prominent issue in the campaign.  In 2006, when asked why she did not step down from the campaign due to her father’s views, Mary Cheney explained “I had serious reservations about whether or not I could continue working for a candidate who wanted to write discrimination into the constitution. A big reason I stayed is my dad: I love my father, and I believe in him so strongly. When push came to shove, this election was about huge issues facing our country. Given that we live in this world where terrorists would love to attack us, I didn't have the luxury of being a single-issue voter on same-sex marriage.”  1 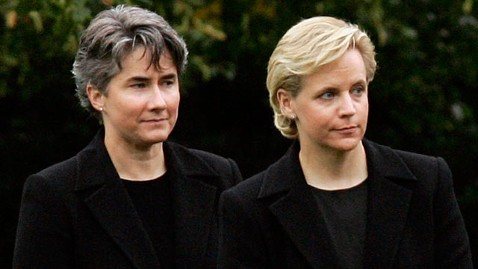 "Well, Gwen, let me simply thank the senator for the kind words he said about my family and our daughter. I appreciate that very much." –Vice President Dick Cheney  2

“This is a baby. This is a blessing from God. It is not a political statement. It is not a prop to be used in a debate by people on either side of an issue. It is my child.”– Mary Cheney, speech at Barnard College in 20073